Kelly enjoyed what felt like being in a “lonesome western saloon where everybody has already gone to bed but someone still wants to sing” while Daniel was entranced by his woozy, laconic drawl (2:00). For Greil Marcus:

Everything in the music is circular – Robbie Robertson plays a lazy guitar so slowly only Garth Hudson’s organ, coming in after the narrator as if what he is describing might actually turn out to be interesting, someday, keeps the song from coming to a complete stop.

Bobbie Gentry’s “Ode to Billie Joe” was a clear enough inspiration of the song. Daniel had never heard it, or at least put two and two together. They talk about where the lines of parody and answer songs reside. Every Bob Dylan Song Ever sums it up perfectly:

I mean, it’s like an episode of Seinfeld dropped in the 19th century, with the 2nd reel of a science fiction movie shoved in there rather inappropriately. It might very well be the funniest of the officially released Basement Tapes. 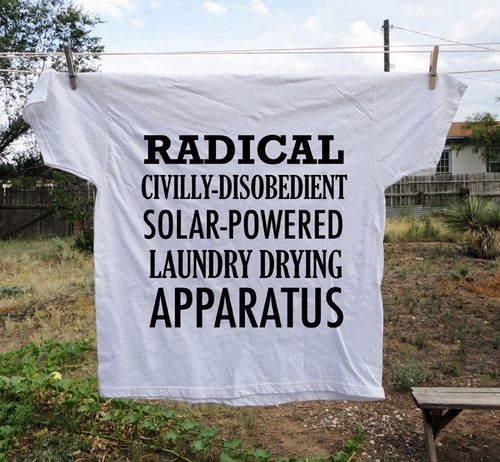 But before we could grapple with the song, Kelly delivered the definitive history of laundry (7:20). We begin in Ancient Rome, in the public laundries. Those Romans rocked all the wool and that got gross pretty quick. “Do all Romans wear togas?,” Daniel asks. No. “I feel like movies have lied to me.” Pliny reference! Fullones! They’d wash, stomp, dry out with hedgehog skin (!) and hang above sulfur to clean. Skipping ahead to Medieval Europe (“you’re on your filthy ass own!”): clothes are washed in rivers with scrubbing boards, laid flat on the ground to dry and bleach in the sun. They talk detachable collars. Soap being made from ash lye and animal fat. As for washing machines: The first one appeared in 1782. In 1851 we get the first revolving drum hand-cranked machine. Electric machines premiered in the twentieth century.

But what about clothes lines?! No one could possibly confirm the first use because it’s probably just something humans have always done. Today, there is a Right to Dry in only 19 states (Arizona, California, Colorado, Florida, Hawaii, Illinois, Indiana, Louisiana, Maine, Maryland, Massachusetts, Nevada, New Mexico, North Carolina, Oregon, Texas, Vermont, Virginia, Wisconsin). Kelly, influenced by her time in Europe, just bought a clothes rack for her apartment. “It’s better for your clothes, better for the environment, better for your wallet” — see our Sign on the Window Clothes Rack Anti-saga coming to a store near you!

Daniel found the song (17:30) funnier without knowing it wasn’t connected to “Ode to Billie Joe.” The two got into parodies, mockeries, answer songs. Daniel remembered Rise Against, in “Architects,” responding to Against Me!’s “Teenage Anarchist.” In the end, they determine it’s best to paint with a big brush about the trust of a song like this. They talk the Vice President in 1967 (Hubert Humphrey) and how he may have gone mad to the narrator.

But, like all songs and art, the power in the song is in the ambiguity. What if the mad-VP was replaced with just a mad P? We currently have one of those yet we still talk about our metaphorical clothes instead of our cratering democratic values, which are adornments atop the economic divides, the racial discrimination, the persistent violation of civil rights, and the war machine that keeps its engine running. A lot of people talk about the rural setting of the song — but don’t we live in our own rural communities? Essentially, it comes down to opening yourself up instead of turning yourself off.

As a final aside, could this be about Woody Guthrie? It got them to thinking of how time passes on and how great artists are seen as they go.

Whether this was written before October 3, 1967 is unclear but Guthrie’s death impacted Dylan. Just after he went to Nashville to record “I Dreamed I Saw St. Augustine,” “Drifter’s Escape,” and “The Ballad of Frankie Lee and Judas Priest” – adopting the western ballad, like Guthrie, for his most scathing critiques.

Recommendations (31:10): Kelly won’t be putting this on her “Once Upon a Time in the West” playlist, just cause it’s a vaguely western song. Good to know! There are standards! She does recommend Nine Inch Nails Add Violence EP and a new podcast, Like Minded Friends.

Mixed Up Confusion: Be sure to check our very in-depth talk about our playlist, our recommendations and so much more! Then be sure to check out our Game of Thrones coverage because we cannot help ourselves! “The Queen’s Justice.”

Endings (35:00): Incredibly, as Daniel deleted “Clothes Line Saga” from the list it was replaced by “Black Diamond Bay,” which Clinton Heylin noted, this song in comparison to that:

This is not the Dylan of ‘Black Diamond Bay,’ where apathy has bred ignorance. He is on their side.